KNAP'MAN ALL OVER THE WORLD...

KNAP'MAN ALL OVER THE WORLD

Goalkeeper André Krul travels the world. He has worn the goalkeeper kit from 17 (!) different clubs, from all over the world. From a dutch village 'Grootschermer', to Malta, from Japan to Colombia.
And everywhere he goes, he took his Knap'man Compression Shorts with him!

"When I am in the Netherlands, I always take some time to visit Knap'man. Wherever I play, I always take the Knap'man compression shorts with me. They are great!"

The Dutch goalie started his carreer at a local club GSV Grootschermer; the club that has ever been voted as the worst club from the Neterlands.
Now he has played for 17 different clubs all over the world and has a wealth of experience.

"Andre is such a nice, adventurous guy! It is always a big surprise where on the globe André is hanging out. And then, unexpected, you suddenly bump into him at 'De Toekomst' at Ajax. Where he was added as an extra goalkeeper to the reserves.
At Ajax, he experienced the last training before the big game against Feyenoord; 'De Klassieker'. As if he is attracting these kind of experiences", Said Max Kramer, owner of Knap'man.


Wereldkeeper
Goalkeepers like André there are few. But it never came to a lucrative contract.

"It is OK for me, as long as I can make a living of it. I have had lots of amazing experiences. Whoever can say that he has played football in South-Africa, Australia and Japan?" 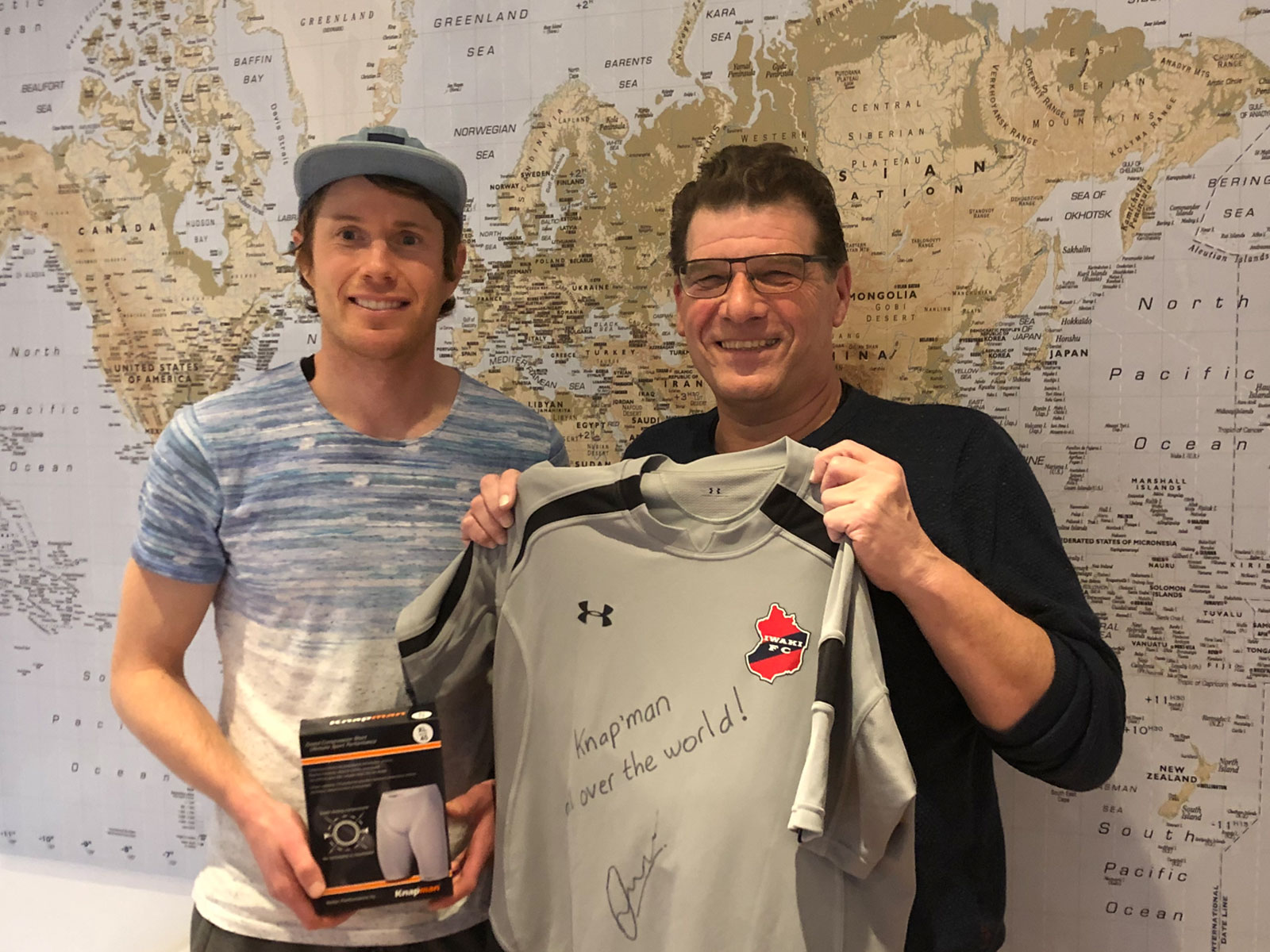 Who thinks that André Krul plays for sold-out stadiums and make use of the most beautifull facilities, is wrong!

In Puerto Rico they confused him with an illegal stranger, in Colombia he showered between spiderwebs and in Belgium they didn't even had enough balls to train with.

"I have experienced that we had to play on a bair field with only two goals. Just before kicking-off, someone with a wheelbarrow and some sand created some lines."

New adventures
Shortly after his visit at Knap'man, Andre took a flight to Brazil to continue his adventures.